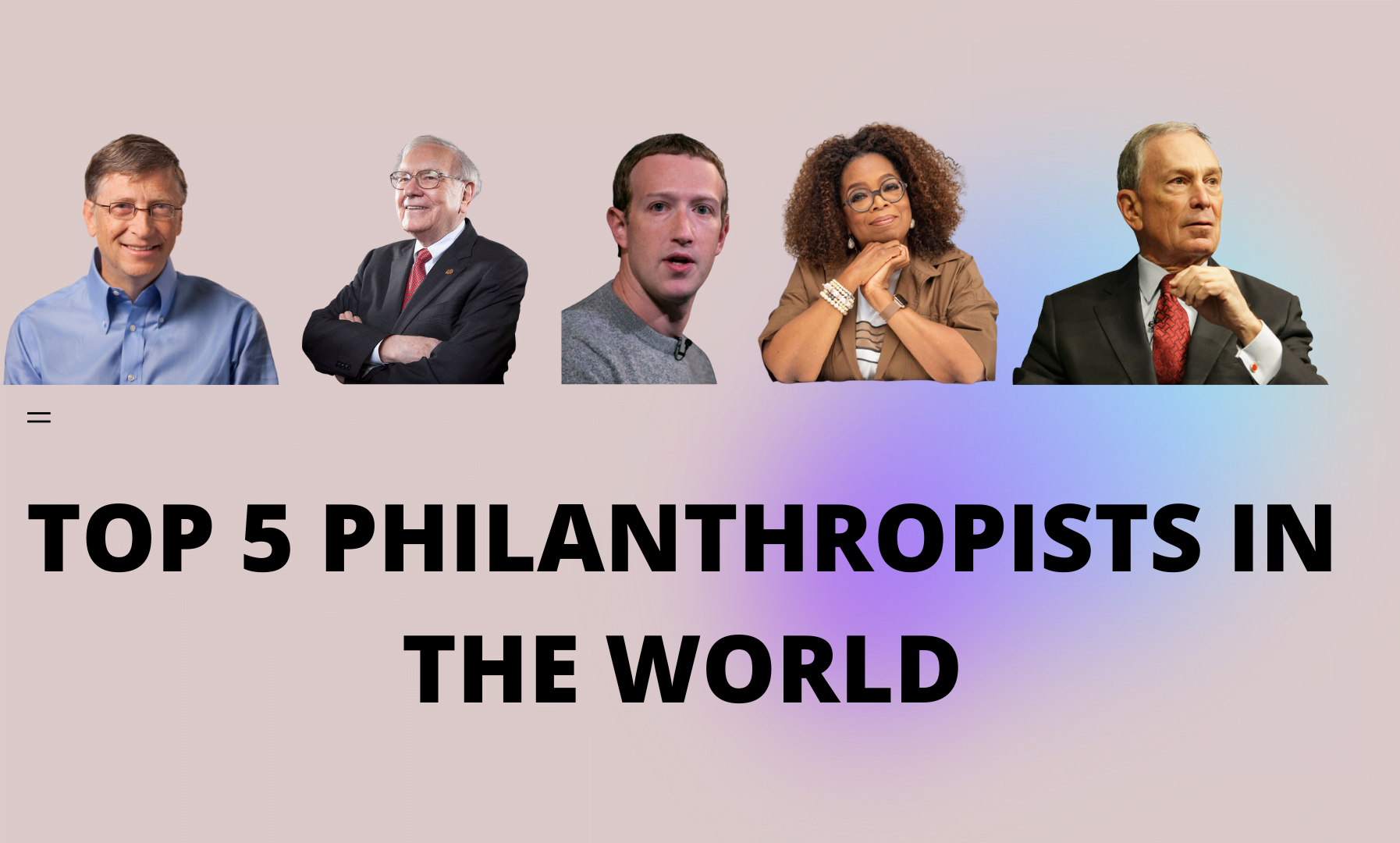 Philanthropists are individuals who use their resources to improve society. This can be done through establishing foundations or charities, supporting causes such as education and healthcare, or by investing in research and development. Philanthropy is the practice of giving money or other resources to charity. There are many different types of philanthropists, including individuals, families, and foundations. Generally, philanthropists are people who are motivated to give back to their community and the world. They may do this through donations to charities, funding of social causes, or even providing assistance to people in need. Some of the most well-known philanthropists include Bill and Melinda Gates, Warren Buffett, and Oprah Winfrey.

So how can we become a part of this in a day to day life. Making a financial contribution, such as a donation to a cause you like, is one way to demonstrate philanthropy. Giving of your time is another way to demonstrate philanthropy. You may volunteer at a soup kitchen, teach a teen, or take part in any other activity that tries to better people’s lives. Therefore, regardless of how many riches (or how few) a person has, the answer to the question “what is a philanthropist” is someone who demonstrates these traits.

World’s Most Influential Philanthropists in the world

Bill Gates- Microsoft founder and richest person in the world. He has donated billions of dollars to charity. Top 5 philanthropists in the world

Bill Gates is a world-renowned philanthropist and one of the richest people in the world. He has donated billions of dollars to charitable causes, including efforts to improve global health and education, fight poverty, and promote innovation through bill gates & melinda gates foundation. Gates has also pledged to give the majority of his fortune to philanthropy, and has called for more people to become engaged in philanthropy. In his 2010 letter to the world’s youth which is his idea of philanthropy, Gates wrote, “The opportunity to give back is one of the great privileges of being wealthy. The more people who take the opportunity, the better off we all will be.“

Warren Buffett- Billionaire investor and philanthropist. He has donated over $37 billion to charity.

Warren Buffett is a billionaire philanthropist who has donated billions of dollars to charity. Buffett has given to a variety of charities, including the Gates Foundation, the Buffett Foundation, and the Bill & Melinda Gates Foundation. Buffett has also donated to schools, hospitals, and other organisations. Buffett is known for his generosity, and he has been called the “savior of the American economy.”

Buffett’s biggest philanthropic donation was to create the giving pledge, which encourages wealthy individuals to donate at least half of their wealth to charity. This has helped to improve the lives of millions of people around the world by funding cancer research and education programs for children in poverty, among other things.

Mark Zuckerberg- Founder of Facebook. He has donated $2 billion to charity.

Mark Zuckerberg is a philanthropist who has donated to a variety of causes. In 2013, he donated $100 million to support research into curing diseases such as cancer. He also donated $25 million to create the Chan Zuckerberg Initiative (CZI), a nonprofit organisation that focuses on advancing human potential and promoting equality. In addition to his philanthropic work, Zuckerberg also serves on the board of directors for the non-profit organisation PragerU.

Mark Zuckerberg is a philanthropist who has given millions of dollars to various causes. He is committed to making the world a better place, and he has used his wealth to help people in need.

Zuckerberg started giving back to the community in 2006 when he created the Facebook Fund, which donated money to organisations that are fighting to improve the world. He has since donated millions of dollars to a variety of causes, including education, healthcare, and global poverty. Zuckerberg is also a member of the President’s Council on Jobs and Competitiveness, which is charged with advising the president on ways to create jobs and increase economic competitiveness.

Michael Bloomberg- Mayor of New York City. He has donated over $3 billion to charity.

When Michael Bloomberg announced he was donating $50 million to Johns Hopkins University, it was a momentous occasion. The school had long been on Bloomberg’s philanthropic radar, and this donation was a testament to his commitment to public education.

Bloomberg has a long history of supporting public education. In fact, he has given more than $1 billion to causes related to education since he started his philanthropic work in 2002.

Michael Bloomberg, a philanthropist, has donated $250 million to Johns Hopkins University. The donation will support the Bloomberg School of Public Health and its research initiatives.

The Bloomberg School of Public Health is known for its research initiatives. The school conducts research on a variety of public health issues, including cancer, infectious diseases, and obesity.

Oprah Winfrey- TV personality and philanthropist. She has donated over $2 billion to charity.

Oprah Winfrey is a philanthropist and has made many donations over the years. Recently, she donated $45 million to the University of Mississippi to help fund scholarships and other initiatives. She has also donated money to AIDS research, the Boys and Girls Club of America, and other charities.

Oprah Winfrey is one of the most successful philanthropists in the world. She has donated billions of dollars to various charities and causes over the years. In recent years, she has focused her philanthropy on helping inner-city communities.

In 2018, Winfrey donated $45 million to the Oprah Winfrey University. This university will be located in South Africa and will focus on training teachers and other leaders in the inner city. Winfrey also donated $50 million to the University of Chicago to establish the Oprah Winfrey School of Leadership and Change. This school will focus on training future leaders in the business, government, and nonprofit sectors.